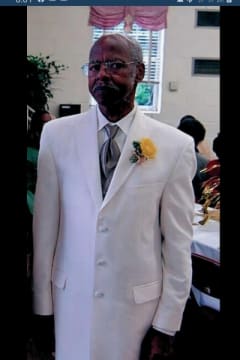 Alexander Wilson, age 88, passed away Tuesday, June 9, 2020 at MUSC-Florence after an extended illness. He was born in McCormick, SC, the son of the late Alex and Willie Mae Wilson.

Mr. Wilson attended the public schools of McCormick, and received his high school diploma from Brewer High School in Greenwood, SC. He went on to attend South Carolina State University, where he received the Bachelor of Science Degree. After a tour in the US Army, Mr. Wilson later earned the Master of Arts Degree from Hampton University, and the Educational Specialist Degree from Murray State University.

Mr. Wilson served as a public-school teacher and administrator in North Carolina and South Carolina; and retired as a principal from Spaulding Elementary School in Lamar, SC after 34 years in education.

At an early age, Mr. Wilson was baptized at Bethany Baptist Church (McCormick, SC), and later ordained as a deacon at Bethany, where he served faithfully in many capacities. After relocating to Florence, Mr. Wilson joined Trinity Baptist Church, where he served faithfully as a deacon, Sunday School teacher, choir member, Men’s Club member, Boy Scouts leader, and in various other areas.

Due to COVID-19 guidelines, a private homegoing service will be held at Trinity Baptist Church at 12:30 p.m. Friday, June 12, 2020, with a live stream of the service being available at www.trinitybaptistflorence.org (Watch Online tab). Mr. Wilson will lie in repose for public viewing at Trinity (9:00 a.m. – 11:30 a.m. Friday, June 12, 2020). A private interment will follow the service at the Florence National Cemetery. All arrangements are entrusted to Smith’s Funeral Home of Florence, SC.

Please keep the family of Alexander Wilson in your thoughts and prayers.

Send flowers to the service of Alexander Wilson

To order memorial trees or send flowers to the family in memory of Alexander Wilson, please visit our flower store.