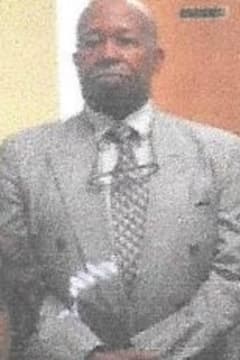 Mr. Alphonso Romeo Washington was born in Darlington, South Carolina on March 12, 1944, to the late Freddie Washington and Willie Mae Johnson. After a brief illness, he departed this life on Monday April 27, 2020 at McLeod Regional Medical Center, Florence, South Carolina.

Alphonso known as “Buddy” was a 1964 graduate of Mayo High School in Darlington, South Carolina. Shortly after graduation, he was drafted in the United States Army, and served in Vietnam as a Radio Operator. During his tours, he went to Alaska, Tokyo, Japan, and several international countries.

After returning home from the Army, he married a classmate and friend, Carolyn Fleming. To this union, two daughters were born. On January 17, 2020, Alphonso and Carolyn celebrated 51 years of marital bliss.

Alphonso was a member of House of God Keith Dominion Church for over 30 years.

In addition to his parents, Alphonso was preceded in death by one sister, Deloris Jordan of Darlington, South Carolina.

Please keep the family of Alphonso Washington in your thoughts and prayers.

Send flowers to the service of Alphonso Washington

To order memorial trees or send flowers to the family in memory of Alphonso Washington, please visit our flower store.