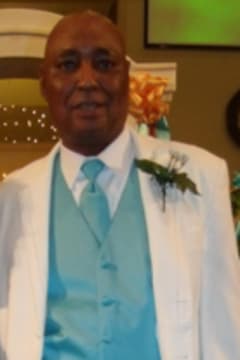 Mr. Angello Cohen Kelley was born in Brooklyn, New York on December 18, 1952 to James Angello Dorsey and Beverly A. Evans Dorsey. That union was dissolved in 1955 and Beverly Kelley married Floyd Kelley, Jr., who adopted Angello and his older sister. After welcoming to the family two more sisters, the family relocated to Ohio.

Angello was baptized at Saint Josephs Cathedral in Columbus, Ohio and served as an Alter boy during Sunday Mass. He attended Catholic School and enjoyed camp in the summer and going on family outings.

The family moved back to New York in the fall of 1966 with two more additional siblings, and settled in Queens New York. Angello attended Saint Pascals of Baylon where he excelled in basketball and became his teams’ captain; the team often played against a rival team whose captain was Rick Pitino. His enthusiasm for the game allowed him to play in many courts around New York including Centennial Park in Roosevelt Long Island, where he would play with Julius Erving and other local basketball enthusiasts. Angello received a basketball scholarship to Fort Lauderdale University, where he graduated with a Bachelor’s Degree in Business. After graduating from college he settled in New York City and became a Probation Officer for a short while. He expressed that probation was not for him and decided to relocate to Florence, South Carolina in 1976, where he resided with his grandfather until he became certified as an Electrician and settled in his own place. He was proud of his work and often boasted about all the hospitals and businesses that he helped to build.

Angello built a life for himself in Florence while being devoted to his only daughter. He was certainly a proud father. There was always a special light in his eyes when he spoke of his daughter, Angella, and all the accomplishments she made. Angello was affectionately called “The Gentle Giant” because of his 6’8’’ stature and his cool and calm disposition, but he always loved being with his family especially all of his siblings and their children. He had a great sense of humor and could relate to almost every generation.

Sunset came to him on Saturday, July 25, 2020 at McLeod Regional Medical Center in Florence, South Carolina following a long illness with cancer.

Angello was preceded in death by his late parents; a brother, Sheldon Dorsey; and a great-grandniece, Lilyanna Thompson.

Please keep the family of Angello C. Kelley in your thoughts and prayers

Send flowers to the service of Angello Kelley

To order memorial trees or send flowers to the family in memory of Angello Kelley, please visit our flower store.