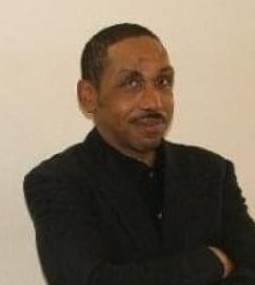 Mr. Antwania Lonell James, the son of Samuel and the late Jacqueline Law James was born in Florence County on February 1,1965. He departed this life on September 27, 2022, at his home in Columbia, South Carolina.

Antwania was educated in the public school system of Florence County, graduating from South Florence High School, Class of 1983. He went to pursue a few different careers in Los Angeles, California and Philadelphia, Pennsylvania.

Antwania accepted Christ as his personal Lord and Savior at an early age. He definitely was a walking miracle and had a living testimony of the power of prayer and how God brought him through life’s many obstacles..

Antwania had an infectious smile. Wherever he was, he would give a smile that lit up a room. He was a dedicated, loyal family member and friend. He took great pleasure in helping others. He would give you the shirt off his back if you needed it which made him a great son, dad, brother, uncle, cousin, and friend. Antwania was a sports fanatic. His teams were Philadelphia in basketball and football. He could tell you anything you wanted to know about his teams and sports in general.

The family will recieve friends on Monday, October 3, 2022 at 1314 E. Pine Street, Florence from 4pm-8pm and on Tuesday, October 4, 2022 immediately after service at the repast.

Please keep the family of Mr. Antwania Lonell James in your thoughts and prayers.

To order memorial trees or send flowers to the family in memory of Antwania James, please visit our flower store.