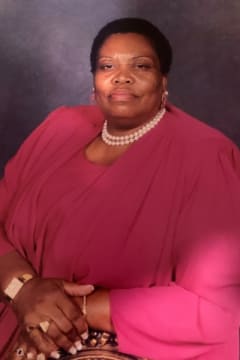 As a young woman Bethenia was joined in holy matrimony with Joseph Graham Jr. and relocated to New York City where they raised their five children. Raising her children was a gift to her never turning away people in need. She had an open-door policy for everyone. Bethenia’s personality encouraged her to pursue a career as a Mental Health Therapist.

In 1996 Bethenia relocated back to Society Hill South Carolina and started working at Camp Sandhill with At Risk Youth. Bethenia enjoyed traveling, exploring the world and eating exotic foods. She had an unforgettable presence and wisdom to share with all that knew her. She was a spiritual woman and attended church regularly.

Please keep the family of Bethenia Graham In your thoughts and prayers.

Send flowers to the service of Bethenia Graham

To order memorial trees or send flowers to the family in memory of Bethenia Graham, please visit our flower store.