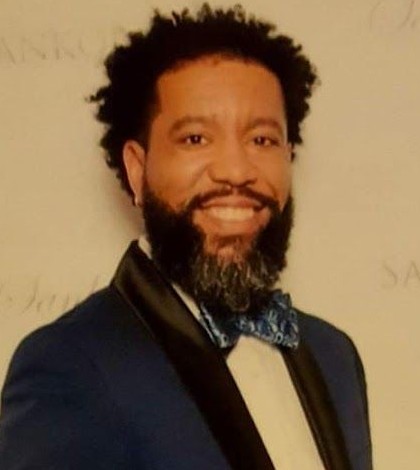 Mr. Calvin Alexander Wilson II, son of the late Calvin Wilson and Pontheola Edwards Wilson was born on October 12, 1972, in Florence, South Carolina. He was called into eternal rest on Monday, October 31, 2022, at his home in Prince Frederick, Maryland.

From a young age, Calvin loved God, nature, music, sports, the Tampa Bay Buccaneers, and most of all, people. He was meticulous and organized. Calvin loved all of his cousins, who were more like siblings, like Kimberly, whom he talked to often and the JMG kids (Johnnie Mae’s Grandkids), where he asserted himself the title of “the heavyweight champion of the Earth, better known as the oldest.”

Calvin had a love for comics and especially the character Schroeder from the comic strip, Peanuts. He also had a wonderful sense of humor. He would often tell knee-slapping jokes and have people crying from laughter. He was very close to his friends, whowere like brothers, Myron Frierson and the late Yohance McClain, and Nathaniel Xavier Baggit.

Calvin graduated from the Wilson High School Class of 1990 and served as the Senior Class President. He played the trumpet on the Wilson Marching Tiger Pride Band and also played varsity basketball. After graduation from Wilson, Calvin matriculated to Johnson C. Smith University in Charlotte, North Carolina, where he continued his love for music and nature by being a member of the International Institution of Sound Marching Band and majoring in Biology. While in Charlotte, Calvin was initiated into the Charlotte Alumni Chapter of Kappa Alpha Psi, Fraternity, Incorporated.

During high school, Calvin started his career early by working in athletic shoe stores. While in college, he managed a shoe store in Charlotte. He also played the piano and loved to sing. He performed at many weddings.

After graduating from JCSU, where he received his Bachelor of Science degree in Biology, he worked at Duke Power in the lab before transferring to a DuPont lab in Richmond, Virginia. Calvin later transitioned into education, spending the bulk of his career as a science teacher, girls’ basketball coach, and mentor. Once he left education, he spent time working at Planet Fitness before just recently finding his calling at Maryland Eye Associates as an Optical Technician.

Please keep Calvin A. Wilson, II in your thoughts and prayers.

To order memorial trees or send flowers to the family in memory of Calvin Wilson, II, please visit our flower store.