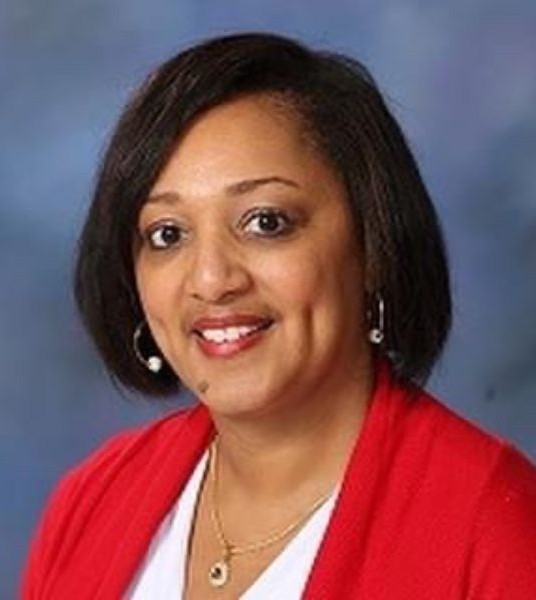 Charleen Brown Robinson was born January 11, 1964, in Winston Salem, NC. She was the loving daughter of the late Corporal Preston Lee Brown and Catherine O’Neal Brown. On February 24, 2022, our angel gained her wings, and the Lord called her home.

Charleen was educated in the public schools of Florence District One (North Vista Elementary, Williams Middle School and Wilson High School). During her Senior year in High School, Charleen was a trail blazer by being part of a small cohort of students who were trained to drive the school bus for the District. Many people marveled at the ability of such a “small girl” driving such a “big school bus”.

After graduating from Wilson High School in 1982, Charleen had a dream of becoming a doctor and pursued a degree in Science by attending South Carolina State University (Orangeburg, SC). She would tell the story that she always wanted to be a doctor, but God placed it on her heart that she needed to become an Educator.

She took time out of her professional career to start a family and become a mother to Jonathan and Jerrod, but still felt the calling from God to become an educator.

Charleen gained employment with the Muscogee County School District as an elementary school teacher and started her teaching career on August 28, 1995, at Eastway Elementary School (now named Lonnie Jackson Academy) as a 5th/6th grade Science Teacher. While working at Eastway Elementary School, Charleen received the 1999 “Teacher of the Year” Award and was also promoted to an Academic Coach on August 4, 2003.

She was later promoted to Assistant Principal on August 1, 2007 and was shared between Martin Luther King Jr. and South Columbus Elementary Schools. On December 1, 2008, Charleen became Principal of Rigdon Road Elementary School and served in this capacity for the past 14 years.

Overall, Charleen was a dedicated and respected Educator in the Muscogee County School District for 26 and a half years. During her tenure in MCSD, Charleen lead and participated in many professional and/or leadership seminars, conferences and workshops across the district and state of Georgia. She was also a mentor to numerous staff members at her perspective schools and from her encouragement, developed many who would go on to become Principals and/or Assistant Principals in the County.

Charleen always understood the importance of being an asset in her community. At an early age, she accepted Christ into her life and knew the importance of working for God and being active in the church. She grew up worshiping and being a member of New Hopewell Baptist Church (Society Hill, SC), where she sung on the choir and at St. Paul A.M.E. Church (Pamplico, SC), where she occasionally played the piano during her high school years. After moving to Columbus, Ga., Charleen became an active member of St. Mary’s United Methodist Church, under the leadership of Bishop James Swanson, Sr., where she participated and/or served on the following committees: Children’s Ministries, Membership Secretary, Vacation Bible School, Boy Scouts, and playing the piano for special occasions.

In 2006, Charleen continued to demonstrate her commitment to public service by becoming a member of The Columbus (Ga) Alumnae Chapter, of Delta Sigma Theta Sorority, Inc. This was one of her many personal accomplishments that she truly treasured. Charleen’s love for her Sorority, Chapter Sorors, Line Sisters (“46 Dimensions of Diversity”) and “all things red” was always evident in her actions and deeds. She lived her life in the principles of Delta Sigma Theta Sorority, Inc: scholarship, public service, and sisterhood.

In all of her accomplishments, accolades and life’s journeys, Charleen never forgot about her family, upbringing and lessons that were instilled in her at an early age.

Those who shared the sorrows and joys with Charleen and remain to cherish her memory are: her loyal and devoted sons, Jonathan (Talia) Robinson of Augusta GA , Jerrod Robinson of Batesburg, SC and 3 grandsons, Jamal Lewis, of Columbus, GA; Braylen and Maize Robinson of Evans, Ga; her loving and caring mother, Catherine O’Neal Brown of Florence, SC; one loving sister and her family, Dr. Katrina (Charles, Ashley and William) Brown Bankins of Concord, NC; and a host of nieces, nephews, cousins, neighbors and friends.

Loved ones awaiting Charleen in heaven are her father, the late Corporal Preston Lee Brown, and brother, the late Reverend Donnie McWhite.

To order memorial trees or send flowers to the family in memory of Charleen Robinson, please visit our flower store.