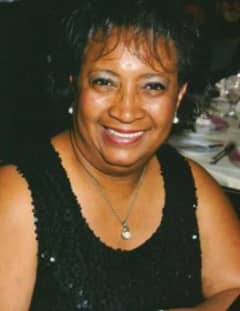 Donna, the daughter of the late Eunice Grant and Floyd Barr was born December 15, 1956 in Pamplico, South Carolina. She left this life to return to the open arms of her Creator on Sunday, February 23, 2020.

As a child, Donna's family relocated to Bronx, New York, where she attended school for her early education. They later moved to Buffalo, New York and graduated from Bennett High School. After graduating from high school, Donna joined the Nursing Program at Saint Francis School of Nursing in Hartford, Connecticut and became a Registered Nurse.

On August 2, 1975. Donna married Michael J. Custer and to this union a son, Duane J. Custer was born.

Donna relocated to San Diego, California to care for her sister, Dayna. After the demise of Dayna, Donna relocated back to Connecticut for a short while, before relocating to Florence, South Carolina, where she was employed as a Nurse in the Florence School District One System and Carolina Hospital System.

Donna later joined Mill Branch African Methodist Episcopal Church in 2010, where she accepted the Lord Jesus Christ as her Savior. She became a student of the bible, attending Sunday School, Bible study and every church service she could attend. She took great pride as the Custodian and became the Best Custodian the church ever had.

Donna was preceded in death by both parents, Eunice Grant and Floyd Barr; a sister, Dayna I. Peoples; a brother, Walter E. Barr, Sr., and her fur baby, Peaches.

Ms. Donna Marie Barr Custer will always be remembered for her love for Fashion; as an entrepreneur of Donna's Plus located at Florence Flea Market; an avid bowler; and her Ministry to help others, where she passed out track cards.

Send flowers to the service of Donna Custer

To order memorial trees or send flowers to the family in memory of Donna Custer, please visit our flower store.