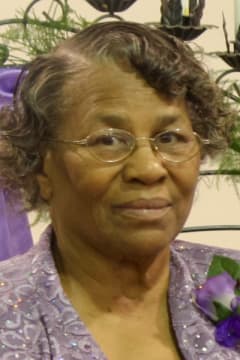 Mrs. Dorothy Lee “Dot” Kennedy, daughter of the late Chalmus Slater and Carrie Gilbert, was born on March 3, 1934, in Florence County. She departed this life on Monday, July 13, 2020, after an extended illness. “Dot” as she was affectionately called, was educated in the Florence County Public Schools. She was employed by and retired from Theresa’s Rest Home of Florence, where she worked for more than 20 years.

At an early age, Dot was a member of Antioch Baptist Church in Timmonsville, South Carolina.

Dot was joined in marital bliss to the late James Kennedy and to this union thirteen children were born. Dot was a well-respected, hard-working, woman of strength. She was a devoted mother and grandmother who loved spending time with her family, cooking, baking, and traveling. Dot was known throughout the community for her loving and giving spirit. She considered her friends and neighbors as family and was always eager to be of help. Those closest to her may remember her as a woman of few words, but the words she spoke were words of wisdom and love.

Please keep the family of Dorothy Lee Kennedy in your thoughts and prayers.

Send flowers to the service of Dorothy Lee Kennedy

To order memorial trees or send flowers to the family in memory of Dorothy Lee Kennedy, please visit our flower store.