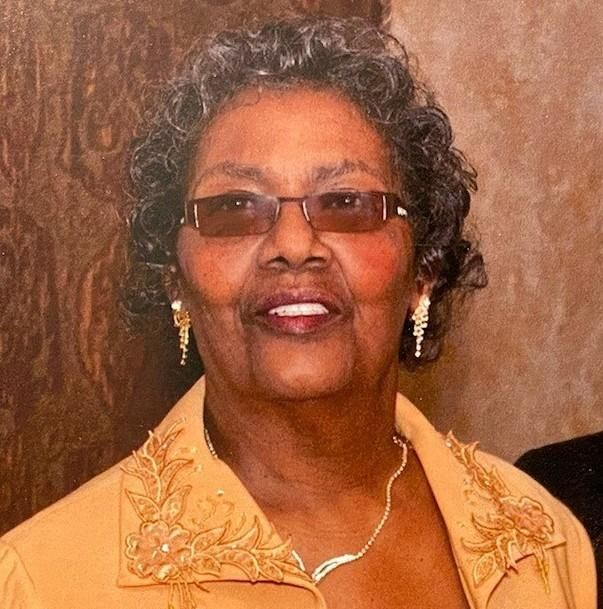 Peggy attended the Holmes Elementary School from the grades 1 through 6 under the leadership of James A. Miller Principal. At Holmes ES, she participated in the Annual May Day Festivities. From grades 7 – 9, she attended the Wilson Junior High School. Upon the completion of Junior High, she transferred to Wilson High School graduating in the Class of 1959 under the leadership of Dr. Gerard A. Anderson, Principal. She along with her niece, Maxine Brown, they were placed in the honor’s track throughout their high school days. In high school, Peggy was a member of the Wilson High School Marching Band under leadership of Mr. Sidney B. Young serving as a majorette.

As a child, Peggy attended and later joined the Trinity Baptist Church under the leadership of the Rev. Dr. James J. Abney. While at Trinity, she along with her sisters served on the Youth Usher Board. Also, she participated in other activities: Sunday School, Vacation Bible School, Junior Missionary Society, and Youth Choir. After graduating from high school, she moved to Newark, New Jersey.

On October 1, 1960, Peggy was joined in holy matrimony to Morgan Frierson,Jr. of Effingham, South Carolina. To this union, one daughter was born Faye Fintress. Morgan made his transition into eternal rest on November 16, 2019.

After Morgan and Peggy were married, they lived in Hackensack, New Jersey. Later, the couple moved to Newark, New Jersey. She began employment with the Cardinal Glove company until 1969.
Peggy was a housewife after the birth of her daughter, Faye. On January 15, 1979, she returned to work at Goody Hair Products, Inc, Kearney, New Jersey until December 1989. On June 4, 1990, Peggy gained employment with Schering Plough Pharmaceuticals until her retirement in June 2004.

Peggy made her transition on July 9, 2021 at St. Barnabas Hospital after a brief illness.

Please keep the family of Eula Mae Frierson in your thoughts and prayers.

To order memorial trees or send flowers to the family in memory of Eula Mae Frierson, please visit our flower store.