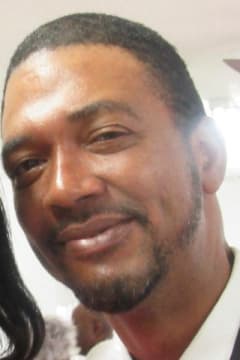 Frank as he was affectionately called, early education started in Pelahatchie, Mississippi, under the tutelage of his late grandmother and family matriarch, “Ms. Marie Jolley.” He also admired the knowledge that was instilled in him by the late “Doc Rhodes” who taught him how to drive, ride a motorcycle, build his first go-cart, hunt, etc. Doc and his wife, Ally took Frank as if he was a part of their family. He attended Wilson High School in Florence, South Carolina before graduating from Carroway High School in Jackson, Mississippi. He later attended DeVry University and majored in Electronics.

Frank was known for his hard work and dedication to family. When you call Frank for help, he was there. Frank loved cooking on the grill and being in the company of friends. He loved his job as electrician, working on several projects including McLeod Hospital, Florence-Darlington Technical College, Fort Bragg, and others. Frank prided himself as the one that would, “put the job in”. In fact, most jobs, he would be the last person left behind to finish.

Frank was employed at McCall Farms as a Plant Electrician where the unfortunate accident took place. He will be greatly missed by all.

Please keep the family of Francisco Carlos Jolley in your thoughts and prayers.

Send flowers to the service of Francisco Jolley

To order memorial trees or send flowers to the family in memory of Francisco Jolley, please visit our flower store.