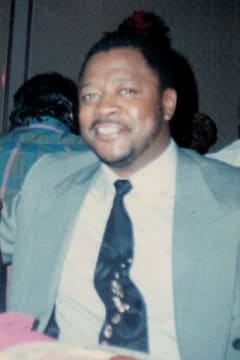 Mr. Garry Cusaac the son of the late James Jasper and Laura Myers Cusaac was born , January 24, 1957 in Florence County. He departed this earthly life, Friday, August 28, 2020 after an illness.

Garry joined Savannah Grove Baptist Church as a youth and was a member of the Men’s and Sanctuary Choir and remained active until his health declined.

He was a graduate of Florence District One Schools, a 1974 graduate of Southside High School and attended Benedict College.

Garry worked as a Brick Mason by trade and was employed with Nan Ya Plastics, Wellman Industries and Goodwill until his retirement.

He was predeceased in death by his daughter, Tanesha Nicole “Nikki” Cusaac and his parents.

Please keep the family of Garry Cusaac in your thoughts and prayers.

Send flowers to the service of Garry Cusaac

To order memorial trees or send flowers to the family in memory of Garry Cusaac, please visit our flower store.