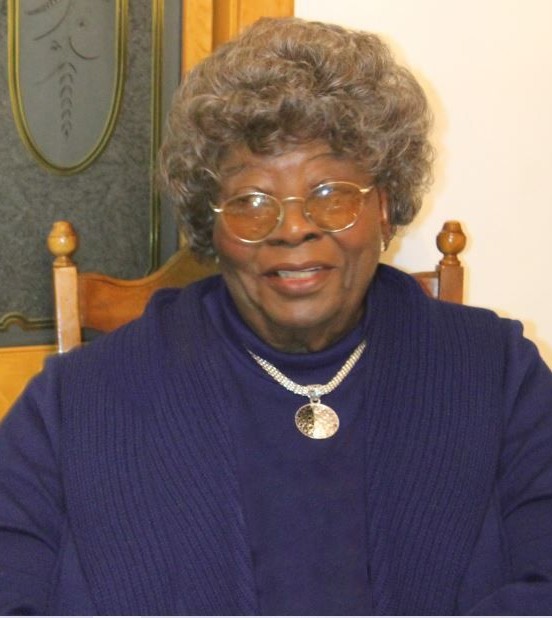 Minister Isabella Smith was born on October 15, 1926 in Florence County, South Carolina, to the late Lillie Thomas Franks Davis Addison and the late Hesikiah Addison.  Her mother died when she was two years old and she was raised by her great grand aunt, the late Sallie Edwards.

Minister Smith was married to the late Deacon Elliott Smith, Sr.  To this union, seven children were born.  She was a loving wife and mother, caring deeply for her family.  Additionally, she loved and cared for children and family members in the community.

Growing up in Florence County, Minister Smith attended the Florence Public School System.  Her young life included lots of hard work as a Domestic Technician.  Later, she took nursing classes and became a Practical Nurse which allowed her to work as a nurse at Saunders Hospital for most of her life.

At an early age, she accepted Christ.  She became a member of New Zion Baptist Church No. 2. and was one of its founding mothers.  God called her to preach His word in 1980.  This Call led her to attend the Florence Baptist Temple where she studied several Bible courses.  Afterwards, she received a license to preach on December 19, 1980.  Later in her life, she joined Solid Rock Baptist Church and was one of its founding mothers.  She served as an Associate Minister until her health began to decline.  She was a woman of prayer.  As a very active member with the Order of Eastern Star, she served as Worthy Matron of Pride of West Temple # 301 for many years.

Please keep the family of Minister Isabella Addison Smith in your thoughts and prayers.

To order memorial trees or send flowers to the family in memory of Minister Isabella Smith, please visit our flower store.