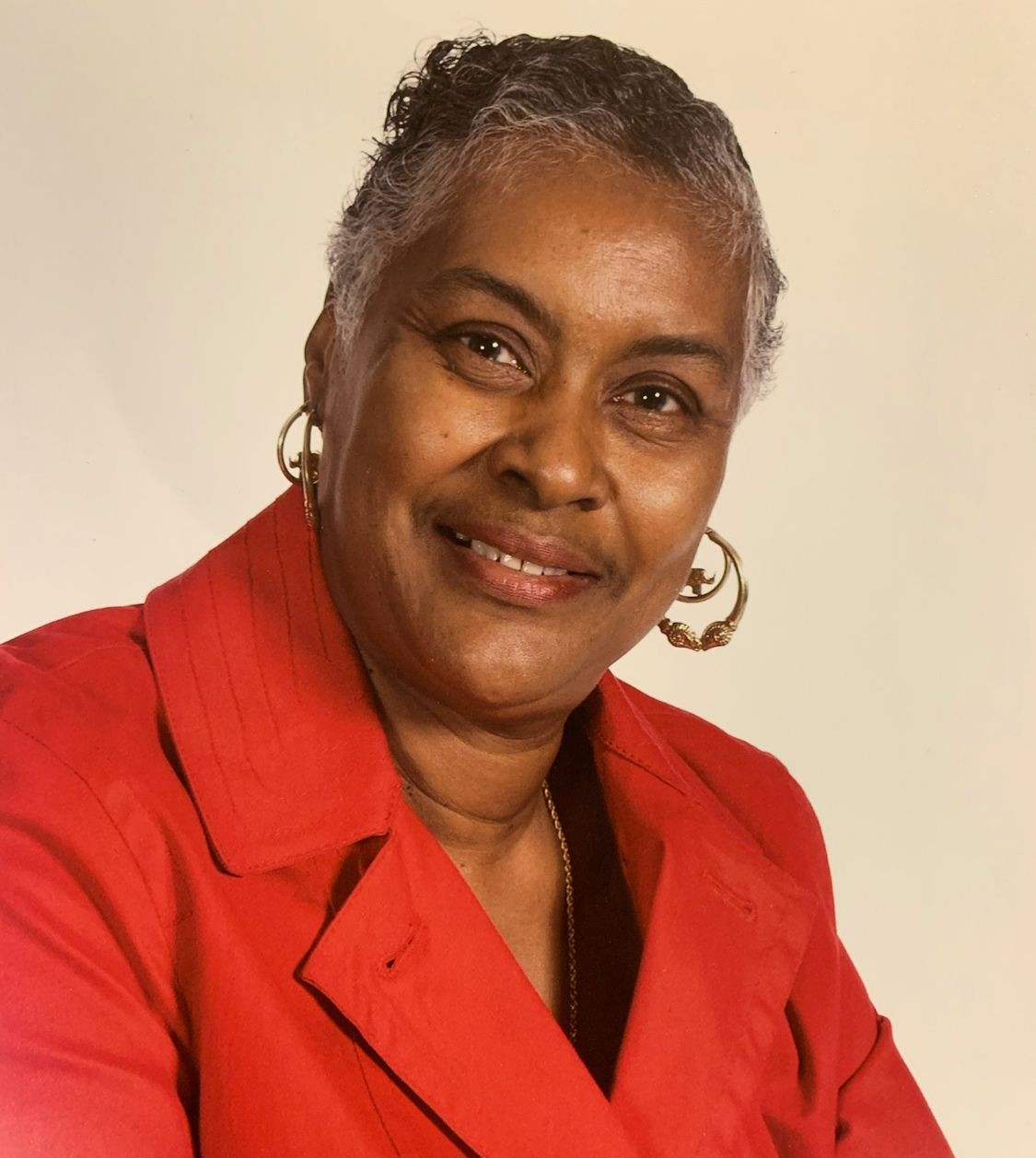 Jacqueline Juliette Alexander Benberry was born into the union of the late James Alexander and the late Alice “Jack” Robinson Alexander in Florence, South Carolina on August 14th 1948. Born prematurely, she often recounted being carried around on a pillow by her adoring mother. Known to family and friends as Jackie, she was entered and won prizes in two different baby contests before the age of four.

Christened early in life Jacqueline grew up as an active member of Cumberland United Methodist Church in Florence SC. Throughout her childhood she travelled with her mother and Godmother Carrie Alberts Lawrence. Travelling was a hobby she carried into her adult life.

Jacqueline grew up in East Florence and attended the public schools of Florence County, SC. She made her debut in Alpha Kappa Alpha Epsilon Chi Omega chapter’s 1965 cotillion. After graduating from Wilson High School in Florence SC, Jacqueline would briefly attend Clark Atlanta University. Ultimately, she achieved a degree from Benedict College in Columbia SC. While at Benedict Jacqueline was introduced by her cousin Alex Robinson to a handsome army staff sergeant from Indianapolis named “Ben”. This was the start of her life’s love.

She married her life-long partner Cornelious “Ben” Benberry on November 10th 1972. They remained married for over 48 years. Together they loved and nurtured three children.

Jacqueline spent twenty years as a military wife settling in Hampton Virginia while “Ben” was deployed in military service. After her children got older Jacqueline entered the teaching profession and taught elementary education at Copper Magnet Elementary School for over 10 years. She went the extra mile for her students often buying supplies and crafts out of her own pocket. Jackie also generously invested time with neighborhood children. Children trusted her and that trust was not misplaced.

Jacqueline was a wife, mother, grandmother and friend to many. Jackie had boundless energy and a compassionate heart to match. She never grew tired of shopping. She loved sharing a meal with family and friends. She looked forward to her birthday and celebrated it the entire month of August. Jackie was always there for her family and friends and her smile was infectious. She never met a stranger. One of her favorite things to do was spend time with her grandkids. She spoiled them whenever she got the chance. Jackie developed life-long friendships with many girlfriends, including Zella Jones, Yvonne Baker, Eliza Mackey, Alice Fields, Gloria Jordan and all members of the Diva Dolls.

On Thursday April 8th, 2021 Jacqueline was called home to be with the Lord.

Though a hole is left in our hearts we trust we will be with her again in glory.

Floral arrangements can be ordered through Britt’s Florist of Newport News VA at 757-247-0407 or http://www.brittsfloristva.com/

Cooke Bros. Funeral Chapel and Crematory is in charge of Services. https://www.cookebros.com/

To order memorial trees or send flowers to the family in memory of Jacqueline Benberry, please visit our flower store.