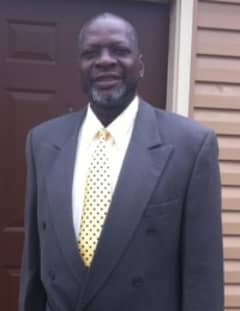 James Sylvester Brockington was born in Florence, South Carolina on October 1, 1954 to the late James “Son” and Leola Mitchell Brockington. He passed from his earthly life into eternal peace on Monday, March 30, 2020.

“Mann” or “Brock” as he was affectionately called was a devoted husband; father, brother, uncle, and friend.

Brock accepted Jesus the Christ as his personal Lord Savior and was baptized at Maxwell Baptist Church.

Brock was educated in the Florence Public Schools and graduated in the Class of 1973 from West Florence High School. After graduation, Brock proudly served his country in the United States Army. After servicing in the Military, he was a truck driver for over thirty years and took pride in his profession.

An avid baseball player for the City of Florence League, East Florence Trojans and Florence Giants, Brock had a passion for coaching and relished the chance to coach his daughter Courtney’s softball team. Anyone that knew Brock knew he was a diehard Dallas Cowboys fan with an infectious smile and compassionate spirit who could cook the best creamy grits in the world. As a father figure to many, he had a listening ear and was a man who loved his community.

Please keep the family of Mr.James Sylvester Brockington in your thoughts and prayers.

Send flowers to the service of James Brockington

To order memorial trees or send flowers to the family in memory of James Brockington, please visit our flower store.