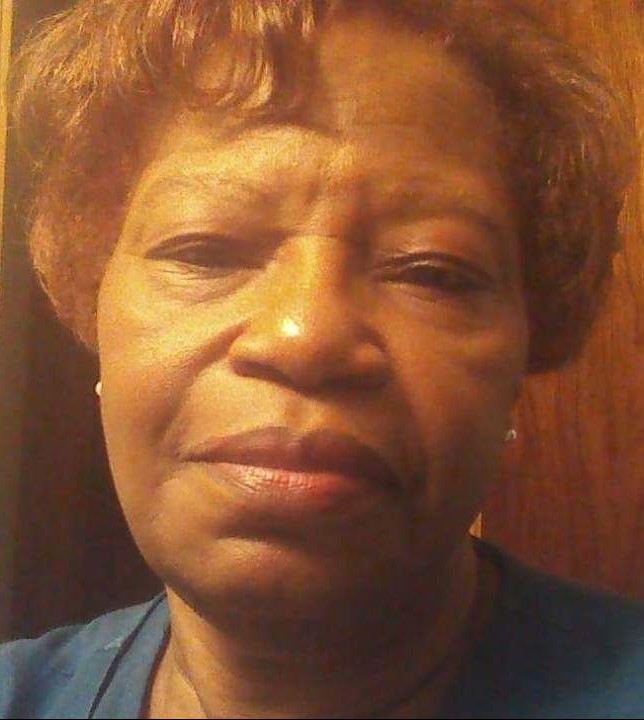 Mrs. Joan Marie “Joann” Harrison Beasley, one of ten children, was born to the late James McKinley Harrison, Sr. and the late Mae Rozalene Cain Harrison on February 19, 1947. She departed this earthly life on Sunday, October 17, 2021.

She attended Gibbs Elementary and High School in Pamplico, South Carolina and was a Class of 1967 Gibbs High School graduate.

After graduation, Joann, as she was affectionately called, gained employment as a seamstress at Florence Manufacturing Company, in Florence, South Carolina.
She later relocated to Bronx, New York, where she was employed as a Bank Teller at Chase Manhattan Bank.

She met and was united in holy matrimony with Dan Beasley and this union was blessed with two sons, Keith and Kevin.

After relocating to Pamplico, South Carolina to live, Joan began employment with Florence General Hospital and later with McLeod Regional Medical Center, until her health declined.

Joan enjoyed spending time with her large family and cooking, until her health declined.

Mrs. Joan Marie “Joann” Harrison Beasley family history and family stories, told as only she could, will be greatly missed by all of us who were privileged to spend time with her.

Please keep the family of Mrs. Joan Harrison Beasley in your thoughts and prayers.

To order memorial trees or send flowers to the family in memory of Joan Beasley, please visit our flower store.