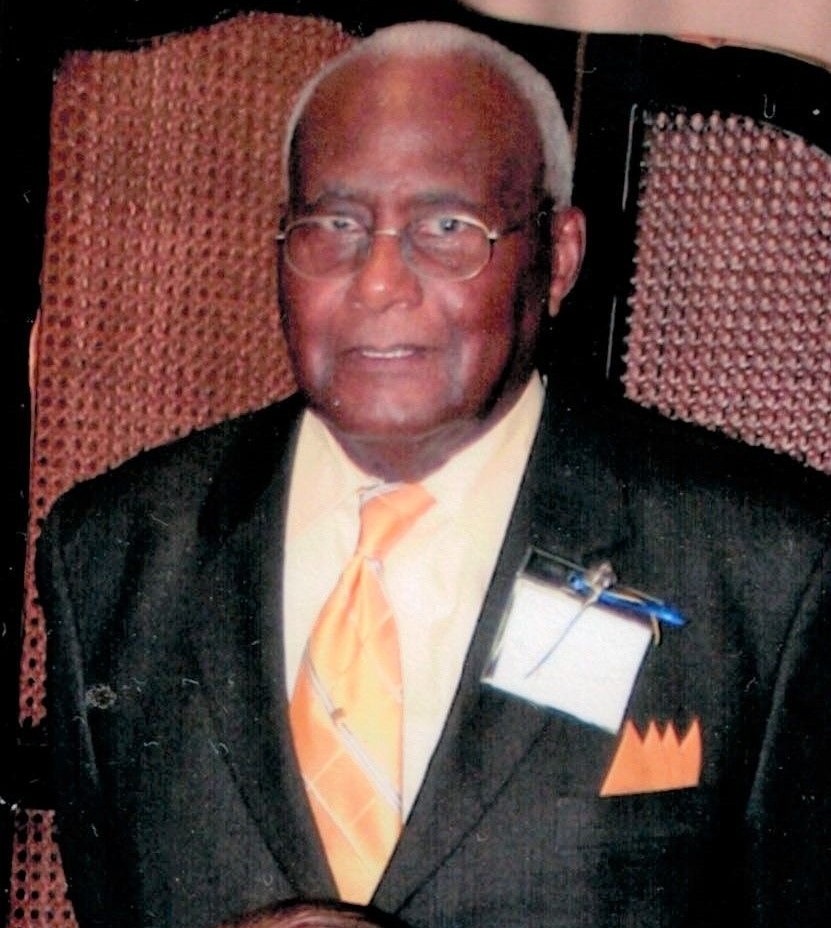 Mr. Leon “Levern” Grant, a devoted husband and father gently and peacefully departed his life and surrendered to the Lords call on Thursday, August 12, 2021 at McLeod Hospice House following a brief illness. Levern was born on June 28, 1927 to the late Michael and Etta McAllister Grant. He grew up on a farm in the rural area of Pamplico, SC.

At an early age, Levern became a member of Spring Branch Baptist Church. Prior to his death he enjoyed membership at Mill Branch AME Church in Pamplico, SC.

Levern a lover of all sports had a tremendous passion for the Philadelphia Eagles which was demonstrated on many Sunday afternoons, especially if they were playing Lizzie’s favorite Dallas Cowboys. He also enjoyed gardening and tinkering with all things mechanical. He was educated in Florence Public Schools and upon graduation he moved to Philadelphia, PA and began working with the Pennsylvania Railroad Company.

In 1950 Levern joined the United States Army during the Korean War and advanced to the status of Lieutenant. For service to his country, Levern was awarded the Korean Service Medal, the Combat Infantry Badge and the Bronze Star Medal. During his military service he received special training as a mechanical technician which he continued to pursue upon his discharge. Following his discharge from the military Levern began working with Food Machinery Corporation (FMC) in Horsham, PA and later Huntington Valley, PA as a Senior Mechanical Engineering Technician until his retirement.

Levern was first married to the late Carrie Mae Suber. This marriage was blessed with three children, Marcia, Michael and Kim. Levern also has a wonderful daughter, Evelyn all four were always his pride and joy. In 1996 he married Ms. Lizzie Wise and became the father of three additional daughters and a son-in-law, Shirley, Mona, Faye and Herman. This union completed the life of a great husband and father.

Please keep the family of Mr. Leon "Levern" Grant in your thoughts and prayers.

To order memorial trees or send flowers to the family in memory of Leon Grant, please visit our flower store.