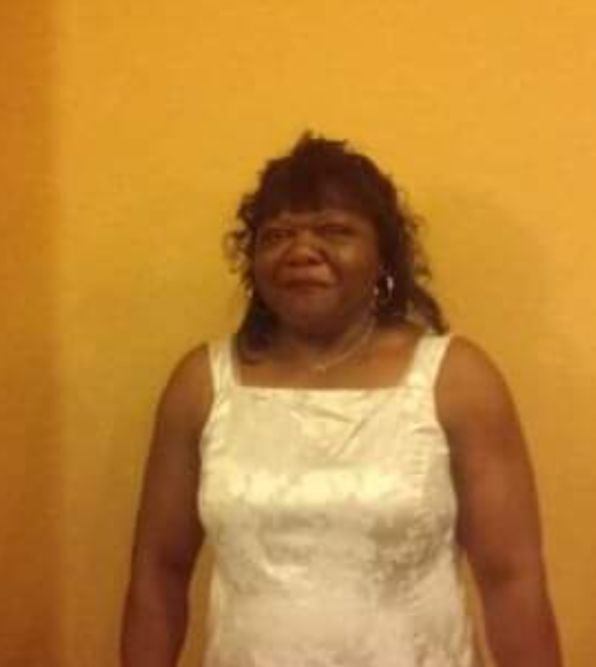 Mrs. Mary Louise “Noot” Peoples Beckett was born September 1, 1957 in Florence, South Carolina to the late Walter Henry Peoples, Sr. and Mother Louise “Curtis” Cooper Peoples. She departed this earthly life on the afternoon of Saturday, June 19, 2021 at her home.

Mary attended the Public Schools in Florence County and was a proud Class of 1975 graduate of McClenaghan High School.

Mary’s spiritual walk began early in her life at Wayside Progressive Church of Jesus. She later joined Wayside Progressive Church of Jesus and received the water baptism in Jesus’ name, under the leadership of the late Pastor Earline Howard and Pastor Mary H. Cooks. Mary a faithful servant, served in many capacities of the church, such as: Pastoral Committee Member, Pastoral Anniversary Treasurer, Usher Board Member, and Gospel Choir Member for many years under the leadership of Pastor Dolores M. Smith and Overseer Bishop Robert L. Attaway, until her short illness and sudden demise. “Noot” as she was affectionately known by all who knew and loved her, was a committed member of the church as she exemplified her love for God.

On December 24, 1982, Mary was joined in marital bliss to Rufus Beckett and to this union two children were born.

Mary was employed with General Electric in Florence, South Carolina for more than thirty years.

Mary was preceded in death by her parents, Walter Peoples, Sr. and Mother Louise “Curtis” Cooper Peoples; and a brother-in-law, Victor Bell.

Mrs. Mary Louise “Noot” Peoples Beckett a devoted wife, mother, grandmother, sister, sister-in-law, aunt, cousin, church member, co-worker, and friend will always be remembered for her love of others, her loyalty, her kind heart, but most of all her love of God.

Please keep the family of Mary Louise "Noot" Beckett in your thoughts and prayers.

To order memorial trees or send flowers to the family in memory of Mary Beckett, please visit our flower store.