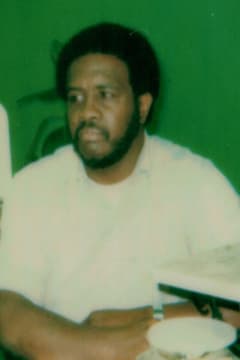 Mr. Monte Adams was born on October 21, 1946 in Newark, New Jersey to the late Mr. Obie Adams and Ms. Alice Pipkins Hall. He transitioned peacefully into the joys of the Lord in the early morning of Monday, January 18, 2021 in Florence, SC. During Monte’s early years, he moved to South Carolina with his beloved grandmother, Mrs. Lelia Rich Pipkins, whom he affectionately called “Mama”.

Monte was the joy and apple of Mama’s eyes, and she took great pride and joy of ensuring that he had the best of what she could provide, and he said because it was only the two of them she taught him so much about God, helping others, and knowing how to make himself content.

Monte was married to the love of his life on March 26, 1971, Mrs. Ernestine Goldwire Adams who preceded him in death on October 6, 2004, which was one of his greatest hurts. He loved, adored and cherished his wife, and said she made him complete.

Monte was a 1964 Graduate of Wilson Senior High School. In 1966, he enlisted in the United States Army during the Vietnam Conflict, and was wounded in combat in 1967. Because of his bravery and courage, he received the National Defense Service Medal, Vietnam Service Medal, Vietnam Campaign Medal, Combat Infantryman Badge, Army Commendation Medal, and the Purple Heart. Monte was gainfully employed for 42 years with Union Carbide, L-TEC, and ESAB. He attended Florence-Darlington Technical College for various specialized trainings.

Monte was a man of faith, and had a gentle, kind spirit. As a praying man, and by his own confession and witness that he was filled with the precious gift of the Holy Ghost, Monte was able to fight sickness, and life’s challenges with humility and dignity. He supported the work of First Church of our Lord Jesus Christ- Pastor Gino Jennings, Our Daily Bread Ministries, St. Joseph’s Indian School, St. Jude Children’s Research Hospital, and the Disable American Veterans.

Monte expressed his gratitude to his Cousin Alexis D. Pipkins, Sr., for everything that was being done to provide for his care, and protect his well-being, and for being able to go home and be in his own house that he and his wife built. He also expressed his deep, abiding love and concern for Ms. Margie Pipkins, his first-cousin which he treated and respected as a special mother, and they shared a familial bond that could not be broken. He was thankful for his brother-in-law, Mr. James Goldwire, who was a confidant and encourager.

He was ever grateful for the relationships with cousins who were like siblings, that provided support: Mr. Alex Pipkins- “Pip”, Mrs. Frances P. Hawkins, Ms. Catherine Mack, and Ms. Nancy Jane Pipkins. He was appreciative of the attention to detail for his well-being by his Pipkins Family: Elder Alexis D., Sr. and LaDonna, Alexis “Papa”, Jr., Brooke A., Thomas L., and A’Mari S.. He was grateful that Dr. Patricia Bass-Coachman and Mrs. Janice Williams could provide care for him in his home. He was thankful for the continuous family tides of Ms. Willie Mae Faison.

Please keep the family of Mr. Monte Adams in your thoughts and prayers.

To order memorial trees or send flowers to the family in memory of Monte Adams, please visit our flower store.