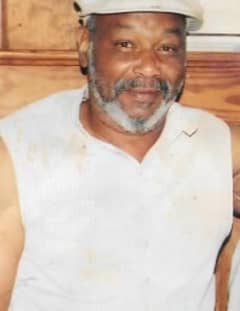 A Time to Be Born Mr. Pressley Cantey, Jr. was born on August 3, 1950 in Lake City, South Carolina, to the late Virginia Hilton and was raised by the late Presley and Mary Cantey, Sr.

A Time to Live Pressley attended the Public Schools of Florence County. He graduated from Carver High School Class of 1968, in Lake City, South Carolina. After graduation, he relocated to Florence, South Carolina, attended Florence Darlington Technical College and received an Associate Degree in Automotive Technology. Pressley was employed by the City of Florence as a Street Sweeper and Mosquito Technician. He was also a Licensed CDL Driver for many years.

A Time to Love Pressley was united in holy matrimony to Mary Chandler on March 11, 1985. They became proud parents of three children.

A Time to Serve Pressley attended Mount Pisgah Baptist Church in Florence, South Carolina, where he dedicated his life to Christ.

A Time to Die On Tuesday, January 21, 2020 at 1:45 PM, Pressley suddenly and without warning was called from labor to reward. Those preceding him in death includes: his mother; his parents; and two brothers, Samuel Epps and James Montgomery.

Send flowers to the service of Pressley Cantey, Jr.

To order memorial trees or send flowers to the family in memory of Pressley Cantey, Jr., please visit our flower store.