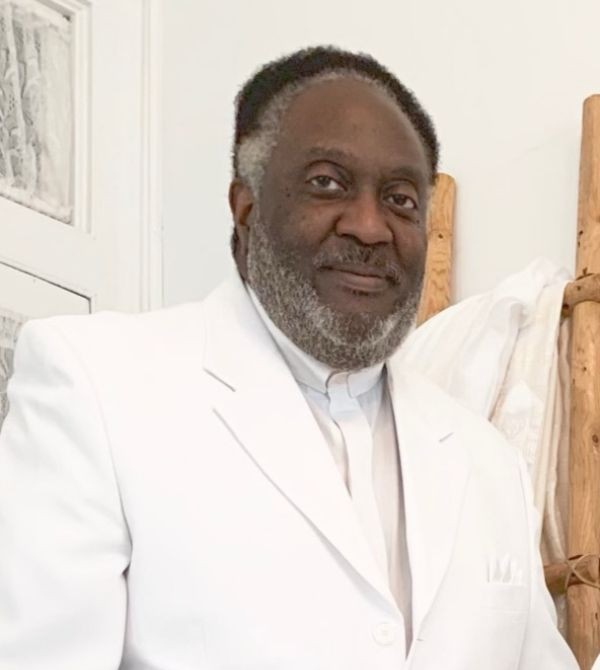 Sr. Pastor Quincy Wright was the Sr. Pastor and co-founder of EL-BETHEL OUTREACH MINISTRIES in Marion, South Carolina.  In addition to being an educator, effective communicator, and entrepreneur, he was a very humble man. He was an artist and loved painting on canvas. He loved interacting with his children and grandchildren.

He is known for his practical and dynamic teaching style which helped people to apply the timeless truths of the scriptures to their everyday lives.  He dedicated his life to building God's Kingdom one family at a time, whether it be in the church, home, community, or schoolhouse. He always said, “I don’t know how He’s gonna do it, but He always do it!”

In preparation for a career in the field of Education and Administration, he earned a Professional Certification in Administration/Supervision and a Master of Science Degree in education both from Mercy College in New York. He also earned a dual Bachelor of Arts degree in Sociology/Political Science from the University of the State of New York.  As a master teacher, he's been noted and recommended as one who can transform young minds into critical thinkers, and he used this gift as an educator tremendously for over 22 years. The majority of his students were on the honor roll, even some who were transferred into his class for various reasons.

After retirement we saw the same fervor when he expounded upon God's Word in their newly built sanctuary.  He added to his several abilities, experiences with youth in crisis at juvenile facilities, and acquiring various certificates in the field of substance abuse. He was also the Clinical Director of an out-patient treatment facility in New York, where he changed lives.

Above all, Sr. Pastor loved his wife, Chiefest Apostle Diana Wright "Mother Rebekah!" He enjoyed working behind the scenes of their broadcasting  ministry since 1991. He was a real gentleman who respected his wife and family and never missed opening the door for his wife throughout their 48-year union: and they served faithfully together in ministry for over 30 years.

His favorite scripture is one that the Lord quoted when He audibly called his name, Quincy and directed him into the ministry, saying, "Study my Word!"  That word is found in II Timothy 2:15:
“Study to shew thyself approved unto God, a workman that needeth not to be ashamed, rightly dividing the word of truth.”

Please keep the family of Sr. Pastor Quincy Wright in your thoughts and prayers.

To order memorial trees or send flowers to the family in memory of Senior Pastor Quincy Wright, please visit our flower store.