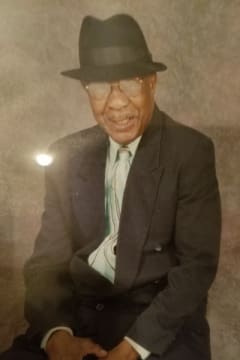 Reverend Nathaniel Williams, Sr was born on September 2, 1938 in Darlington, South Carolina to the late Sylvester Williamson and Annie Jackson. After a brief illness, Nathaniel was called home to be with the Lord on Friday, April 17, 2020.

Nathaniel, affectionately known as Nat or Nae, was educated in Darlington School System. He attended Mayo High School, where he was a star athlete and was great at every sport he played. He was one of the first to be inducted into Mayo High School Hall of Fame from the Class of 1959. After High School, he went to Trade School and became a licensed Barber.

In 1962, Nat relocated to New York City, where he met and married Lillian Marie Lane and celebrated more than 50 years of marital bliss.

Nat was employed with Route Messenger Service as a driver and retired in 2005, after 33 years of service.

In 1991, Nat was called into the Ministry. After many years of training and guidance at The Evening Star Baptist Church under the leadership of Reverend W.L. Lundy, he was ordained to the title of Reverend. He served as Pastor of Galilee Baptist Church in Brooklyn, New York for 5 years.

In 2013, Nat and Lillian decided to head back to the south and relocated in Fayetteville, North Carolina. They found a new church home at The Outreach for Jesus Christian and Education Center, where Reverend Dorothy Batts is Pastor.

Nat was a very family oriented and kind man. His home was always filled with love, laughter and a good meal. The man who nicknamed himself “Mr. Pitiful” will truly be missed.

Please keep the family of Rev. Nathaniel Williams, Sr. in your thoughts and prayers.

Send flowers to the service of Rev. Nathaniel Williams

To order memorial trees or send flowers to the family in memory of Rev. Nathaniel Williams, please visit our flower store.