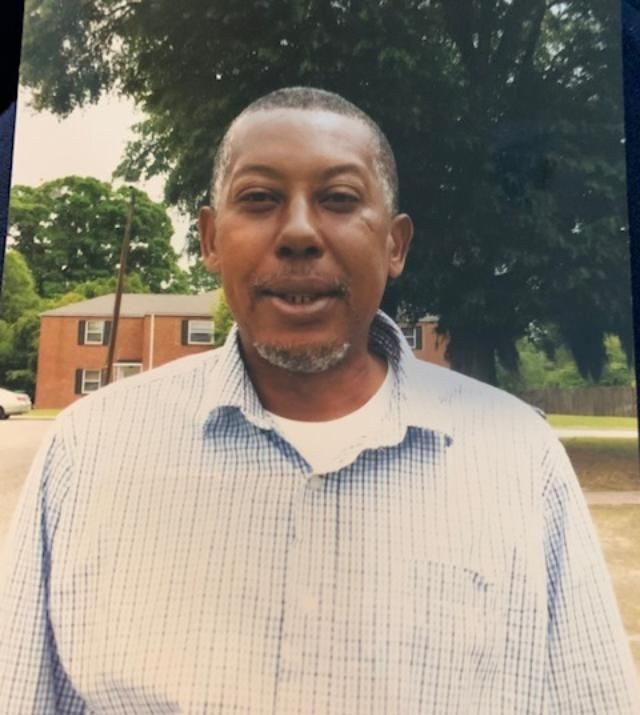 Robert Andre Rose was born on May 4, 1963 to the late Barbara (Rose) Wheeler and Thomas Rufus in Washington, District of Columbia. Late in the evening on Thursday, December 9, 2021, God called Robbie, as he was affectionately called, home to rest.

At an early age he came to live with his great grandparents, Robert (for whom he was named) and Annie Rose in Lynchburg, South Carolina.

Robbie attended Union Hill Baptist Church in Turbeville, South Carolina and his formative years was spent in the public schools of Sumter, South Carolina. Robbie was a natural athlete and excelled in Football and Baseball. He could be found most weekends playing baseball with the St. John’s Hustlers. After graduating from Maywood High School, he attended Voorhees College in Denmark, South Carolina on a full Athletic Scholarship.

In his adult life Robbie lived/work in New York and New Jersey and eventually made his way back to South Carolina which was his first love. During that time his profession of choice was that of a painter. He was extremely social and an avid outdoorsman. He had a love for dogs and in his spare time could be found volunteering at various animal shelters.

Robbie was preceded in death by his mother, Ms. Barbara Wheeler and an uncle, Ayaris Rush.

Please keep the family of Robert A. Rose in your thoughts and prayers.

To order memorial trees or send flowers to the family in memory of Robert Rose, please visit our flower store.