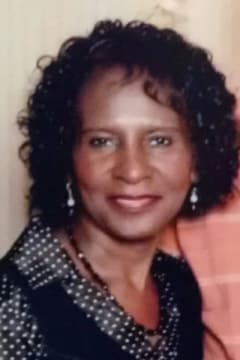 Shirley was joined in marital bliss to Willie Frank Burch on June 27, 1969 and recently celebrated their 50th anniversary. To this union five children were born.

Shirley was employed with General Electric in Florence, South Carolina, where she retired after several years of service.

After accepting Christ as her Lord and Savior, Shirley became a member of Florence Baptist Temple of Florence, South Carolina in 1977 and later served as a Sunday School Teacher.

Shirley’s love for God showed in the life she lived. She exemplified her faith in God, shared her testimony and witnessed with everyone she met.

Please keep the family of Shirley Burch in your thoughts and prayers.

Send flowers to the service of Shirley Burch

To order memorial trees or send flowers to the family in memory of Shirley Burch, please visit our flower store.