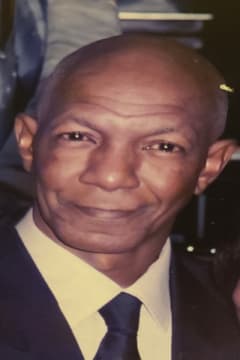 Mr. Thomas Douglas, son of the late Cinnie and Millie Douglas, was born in Florence, South Carolina., on September 29, 1946. He entered into eternal rest on January 10, 2021 with his family at his side. Thomas attended public school in Florence, South Carolina and he graduated from Wilson High School. Thomas joined the United States Army where he served for 20 years. He was employed with UPS and taught ROTC at the University of Arkansas in Pine Bluff, Arkansas for 4 years. He deployed for Desert Storm in 1990. He received an honorable discharge from the military. Thomas was a dedicated member of St. Beulah Missionary Baptist Church where he served on the Trustee Board. He was a member of Pride of West Temple Lodge #419 . Thomas was united in marriage to Annie Mae Briggs on November 7, 1964. They celebrated 56 years of marriage on November 7 , 2020. This union was blessed with four children; Mark, Eric, Lawrence and Devin. In addition to his parents he was preceded in death by his siblings Cinnie Jr., George, Willie, Sarah, Lester and Elma. Those left to cherish his memories are his wife Annie Mae Douglas; his sons Mark (Eleanor), Eric, Lawrence (Gina) and Devin (Amaris); daughters-in-law: Kesha and Tammy; seven grandchildren, Sherrill, Mark Jr., Makeshia, Darius, Brionna, Devin and Phoenix; seven great-grandchildren, Mariah, Aiyana, Nycere, TyAsia, Zoey, Ta’Qwaurie and Imry; two sisters-in-law, Lillie Douglas and Beverly Douglas; one uncle, Arthur Williams; and a host of nieces, nephews, other relatives, and friends.

To order memorial trees or send flowers to the family in memory of Thomas Douglas , please visit our flower store.