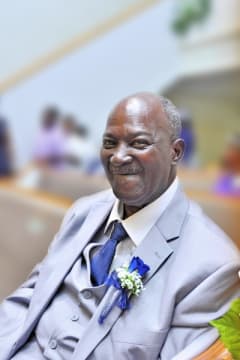 Willie was born on August 13, 1950. He was the son of the late Mr. John Stedman Rogers and Mrs. Josephine (Lacy) Douglas Seals of Florence, South Carolina. He entered into his rest on Saturday, April 11, 2020 at MUSC Hospital in Florence.

He was educated in the Public Schools of Florence County, a Wilson High School graduate of 1969. He attended Francis Marion University and Morehouse College, and also worked at Bell South, Inc.

He was employed with the CSX Railroad as a Crew Clerk Operator for approximately 15 years.

He married the love of his life, Sister Catherine Douglas on May 29, 1982. To this union, one baby girl was born.

He leaves to cherish his memories: his wife of the home, Sister Catherine Douglas; a daughter, Sister Magon (Curtis) Tisdale of Atlanta, Georgia; a grandson, Noah Joel Tisdale of Atlanta, Georgia; one brother, Walter Douglas of Florence, South Carolina; two sisters, Catherine Briggs and Audrey Mae (George) Brockington both of Florence, South Carolina; and a host of nephews; nieces; other relatives; and friends, including a large church family.

Please keep the family of Willie Lee Douglas in your thoughts and prayers.

Send flowers to the service of Willie Lee Douglas

To order memorial trees or send flowers to the family in memory of Willie Lee Douglas, please visit our flower store.