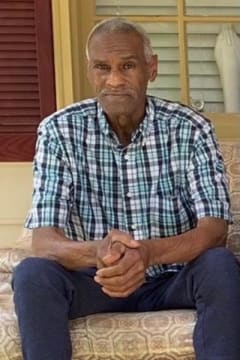 Mr. Willie Lee McElveen, Sr., “Bud” the son of the late Luther and Louise McElveen was born in Florence, South Carolina on March 16, 1942. On Tuesday, December 1, 2020 God in His Divine Love and Wisdom called home His son, Willie Lee McElveen "Bud" from labour to reward.

He attended Florence County Public Schools. He gained Higher Education and earned a Certificate of Training in Pipelaying under a program approved by the Secretary of Transportation sponsored by Carolina Branch/Associated General Contractors of America, Inc. administered by Carolinas Construction Training Council. He retired from Construction but never stopped working.

Early in life, Willie knew he was a “Jack of All Trades.” He was extraordinary at “fixing” all kinds of things. He was a dedicated, hardworking soul who was always willing to help his family, friends, neighbors, and community by using his broad knowledge and talented hands.

Willie’s favorite quote was “where there is knowledge, there is power and where there is power there is strength” which is what he had. He always had a kind heart and gentle spirit. He knew the Lord at an early age. His faith, his trust, his beliefs kept him going and comforted him on good and bad days. No matter what, he never let go of God’s hand. He enjoyed being outside, working in his garden, fishing, and collecting and working on “old stuff.”

Willie was joined in marriage to his bride, Rosa Davis McElveen and this union was blessed to raise three daughters and one son. He also raised a grandson, Robert McElveen as one of his own children.

He was preceded in death by his parents, Luther and Louise McElveen; a sister, Mary Barr; and four brothers, William McElveen, Luther McElveen, Chester McElveen, and Donnie McElveen; and one brother-in-law, D. L. Davis.

Willie “Bud” as he was affectionately called was a devoted husband, loving father, loyal brother, and an exceptional grandfather and godfather who will be greatly missed.

Please keep the family of Willie L. "Bud" McElveen, Sr. in your thoughts and prayers.

To order memorial trees or send flowers to the family in memory of Willie McElveen , please visit our flower store.